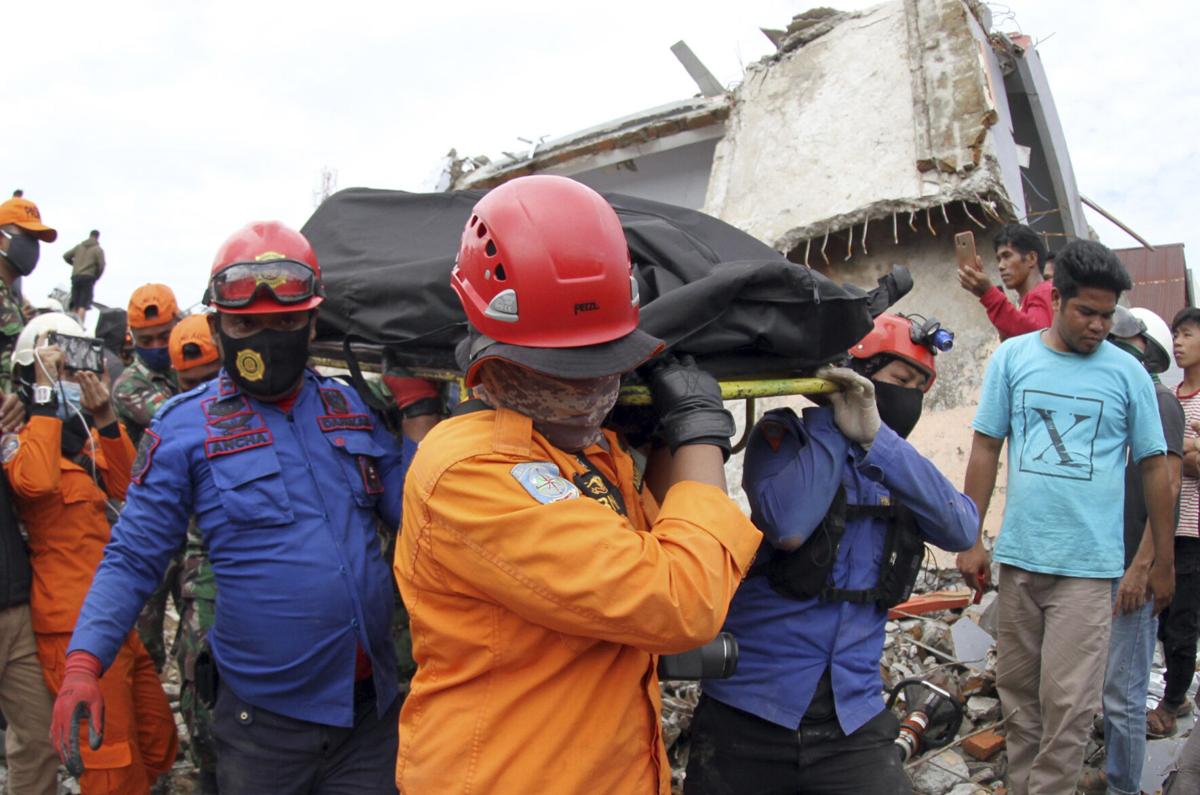 Indonesian rescuers retrieved more bodies from the rubble of homes and buildings toppled by a 6.2 magnitude earthquake, raising the death toll to 56 on Sunday, while military engineers managed to reopen ruptured roads to clear access for relief goods, the Associated Press reported.

Thousands were left homeless and more than 800 have been injured, more than half still receiving treatment for serious injuries, Jati said. A total of 47 people died in Mamuju and nine in Majene.

Jati said at least 415 houses in Majene were damaged and about 15,000 people were moved to shelters. The agency is still collecting data from the area.

Mamuju, the provincial capital of nearly 300,000 people, was strewn with debris from collapsed buildings. The governor's office building was almost flattened by the quake and a shopping mall reduced to a crumpled hulk. Two hospitals were damaged.

The disaster agency said the army corps of engineers cleared the road connecting Mamuju and Majene that was blocked by landslides. They also rebuilt a damaged bridge,

Many on Sulawesi island are still haunted by a magnitude 7.5 earthquake that devastated Palu city in 2018 and set off a tsunami that caused soil to collapse in a phenomenon called liquefaction. More than 4,000 people were killed, including many who were buried when whole neighborhoods were swallowed in the falling ground.