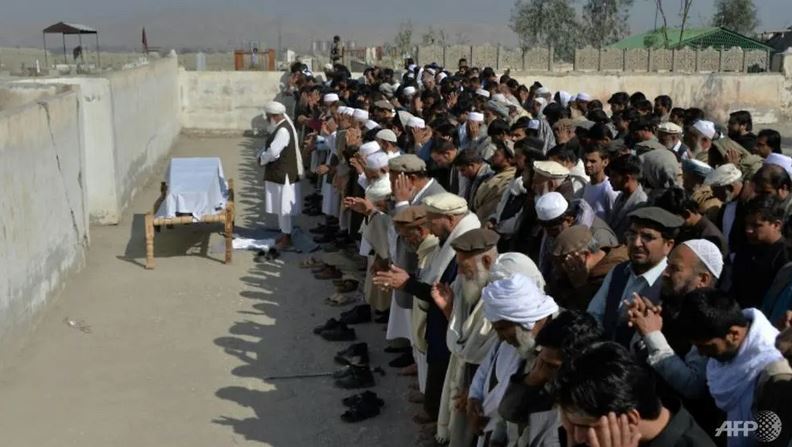 A female doctor was killed in a bomb blast in the eastern Afghan city of Jalalabad in what appeared to be another targeted hit, officials said Thursday (Mar 4), just days after three women media workers were gunned down in the area.

Journalists, religious scholars, activists and judges have all been victims of a recent wave of political assassinations across Afghanistan, forcing many into hiding - with some fleeing the country.

In the latest incident, the doctor was killed after a magnetic bomb was attached to the vehicle she was travelling in, according to a spokesman from the provincial governor's office. A child was also injured by the explosion.

"She was commuting in a rickshaw when the bomb went off," the spokesman told AFP.

Another spokesman from a provincial hospital also confirmed the incident and toll.

No group has claimed responsibility for the blast.

The attack comes two days after three female media workers were gunned down in Jalalabad in separate attacks that were just minutes apart.

The local Islamic State group affiliate said its gunmen carried out the killing of what it called "journalists working for one of the media stations loyal to the apostate Afghan government".

Afghan and US officials have blamed the Taliban for the wave of violence, but the group has denied the charges.

The assassinations have been acutely felt by women, whose rights were crushed under the Taliban's five-year rule, including being banned from working.

Intelligence officials have previously linked the renewed threat against female professionals to demands at the peace talks for their rights to be protected.

The attacks come as speculation is rife over America's future in Afghanistan after the administration of President Joe Biden announced plans to review the withdrawal agreement signed with the Taliban last year that paved the way for foreign troops to leave the country by May.