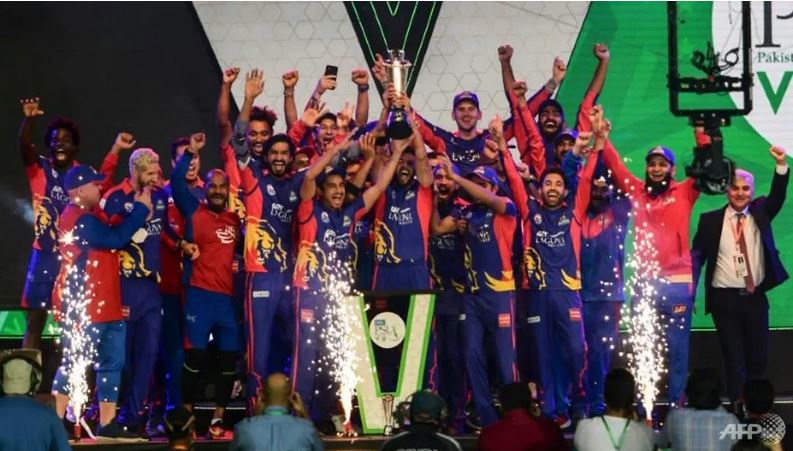 The Pakistan Super League was suspended on Thursday (Mar 4) after seven players tested positive for COVID-19, the country's cricket board said.

The Twenty20 competition, which started on Feb 20, was put on hold "with immediate effect", a Pakistan Cricket Board (PCB) statement said.

"The decision was made after seven cases were reported in the competition," the statement on the PCB website said.

The PCB "will focus on the safe and secure passage of all participants, and arrange repeat PCR tests, vaccines and isolation facilities to the six participating sides", it added.

Australian all-rounder Daniel Christian withdrew from the competition over fears of catching the virus and planned to fly out on Thursday.

COVID-19 has proved yet another hurdle for the Pakistan Super League, which is now in its sixth edition, but was held entirely in Pakistan for just the first time last year.

Previous editions were hosted wholly or partially by the United Arab Emirates over security fears following the deadly 2009 attack on the Sri Lanka team bus in Lahore.

The games were rescheduled to November and held behind closed doors, when the Karachi Kings won the title.