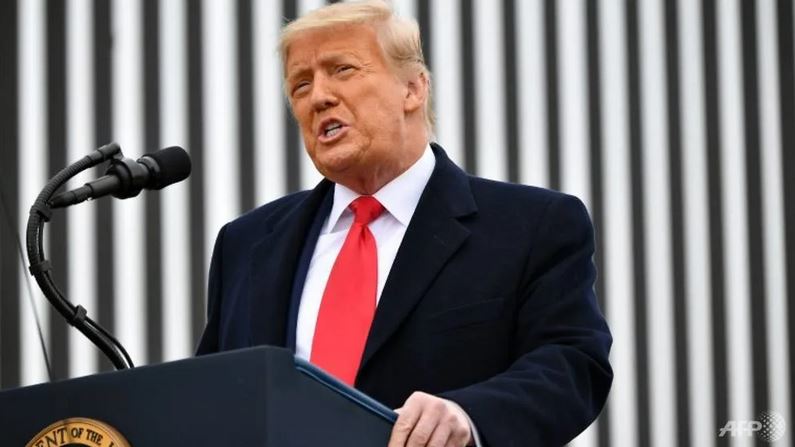 US President Donald Trump said the Congress riot was not his fault and called for 'peace'. (Photo: AFP/MANDEL NGAN)
CHICAGO, Illinois - Project Syndicate

Commentary: This impeachment is different. Pity it might not go as planned

On Friday (Jan 8), Speaker of the House Nancy Pelosi announced plans to impeach US President Donald Trump for the second time in a year, hoping to drive him from office before he does more damage to the country.

The first effort, which began in December 2019 and ended last February, was futile and unwise, and ended up giving Trump a small political boost.

This time around, Democrats again face steep odds, but they should move forward.

Impeachment offers the possibility of barring Trump from holding office again, and that alone justifies the risk of failure.

THE EASY PART AND THE HARD PART

Under the US Constitution, the House of Representatives must first approve the articles of impeachment with a majority vote.

With the Democrats holding a majority, this would be the easy part.

The hard part comes in the Senate, where 17 Republican senators would have to join the Democrats to provide the two-thirds majority required to remove and disqualify the president.

Many people have been waiting for years for Republicans to acknowledge Trump’s unfitness for office and abandon him.

But despite a litany of scandals, policy failures, and outrageous lies, Trump has maintained his base, forcing Republican politicians seeking re-election to seek his support. That simple fact explains why almost every Republican elected official has remained loyal to the president.

The first impeachment proceedings against Trump were based on his attempt to bully the Ukrainian government into investigating Joe and Hunter Biden, and his obstruction of Special Counsel Robert Mueller’s investigation of Russian interference in the 2016 election.

Not a single Republican member of the House voted for impeachment, and only one Republican senator – Mitt Romney of Utah – voted to remove him.

WHY THE TWO IMPEACHMENTS ARE DIFFERENT

Trump’s acquittal was a forgone conclusion. Both scandals were well known before the impeachment and had not damaged Trump’s standing among Republicans.

The Ukraine affair was too murky and remote from everyday concerns to impress voters, while the obstruction of justice charge was too legalistic. With no evidence that Trump had solicited Russian help in the election, the investigation could be portrayed as a political hatchet job.

The second impeachment follows two events of much greater significance: Trump’s attempt in a Jan 2 telephone call to strongarm Georgia’s secretary of state into overturning President-elect Joe Biden’s victory in the state; and his incitement of the mob that invaded the US Capitol on Jan 6.

House Democrats have already drafted a single article of impeachment labeled “incitement of insurrection,” but a better title would have been “subversion of the presidential election.”

Trump’s effort to undermine the outcome – by spuriously claiming voter fraud, interfering with the conduct of election officials, and attempting to prevent certification of the electoral vote – clearly rises to constitutional dimensions.

WHY A CONVICTION IS HARDLY CERTAIN

That said, a conviction by the Senate is hardly certain. Although the Constitution refers legalistically to “high crimes and misdemeanors,” senators are free to vote however they want.

They are not compelled to convict Trump even if he committed crimes – and it is far from clear, given current public information, that either Trump’s Jan 2 call or his Jan 6 speech were illegal under the technical requirements of US criminal law.

As politicians first and foremost, Republican senators’ main consideration will be the political consequences of their vote. Unless a substantial portion of Trump’s base abandons him, they would need to see some other advantage in voting to convict.

Rapid erosion of Trump’s base appears unlikely, considering that many Republican voters either don’t believe that Trump instigated the riot or are glad that he did. 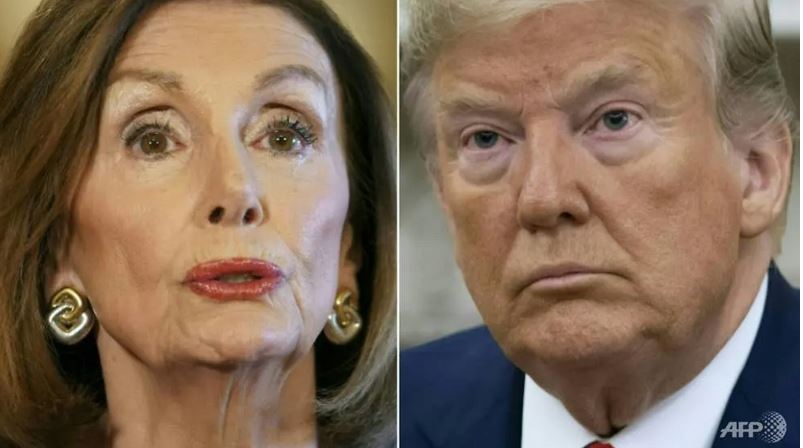 US Speaker of the House Nancy Pelosi was pressuring Trump's cabinet to remove the president from office. (Photo: AFP/Mandel NGAN, SAUL LOEB)

BUT CORPORATE AMERICA IS MOVING

On the other hand, corporate America’s open revulsion against Trump may focus some minds.

The National Association of Manufacturers, a major business lobby, has already called for the president’s removal, and the leading social media firms have banned him from their platforms.

Moreover, now that Trump has been deprived of his Twitter megaphone, his hold on his base is in doubt.

Given that the Republicans have lost the House, the Senate, and the White House in a single presidential term, Republican politicians might now be wondering what good he has done for their party.

SOME REPUBLICANS MAY CONTINUE TO SUPPORT TRUMP

Still, Democrats are fooling themselves if they think that the sheer enormity of recent events will yield enough Republican votes against Trump in the Senate.

Republicans who fear voters might simply argue that Trump did not offer bribes or issue explicit threats on the Jan 2 call.

They might also point out that Trump did not openly call for violence on Jan 6, and that he could not have foreseen that the Capitol police would fall down on the job.

Such claims may be woodenly formalistic and divorced from context, but they could at least provide cover for Republican voters who otherwise disapprove of political violence and are struggling to rationalise their longtime support for Trump.

A more serious problem is that Republican senators could run out the clock. They retain control of the Senate until Inauguration Day – Jan 20 – and may simply refuse to meet and hold the trial until Trump has left office.

Senate Majority Leader Mitch McConnell has already suggested as much. Or, if they do meet, they could insist on hearings, arguing that the president is entitled to ample time to prepare a defense. 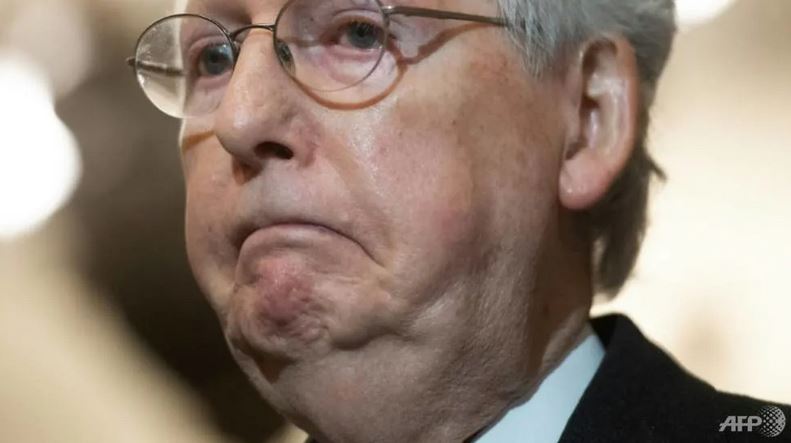 "Were's [sic] my money," and "Mitch kills the poor," was daubed on McConnell's front door and window in Louisville, Kentucky. (Photo: AFP/SAUL LOEB)

IMPEACHMENT WILL NOT EXPEL TRUMP FROM US POLITICS

If public opinion were to turn decisively against Trump, McConnell could call an emergency session.

And even if the trial must wait until after Trump leaves office, it would still serve a purpose, because it could prevent him from running again for the presidency in 2024.

Even if Trump is expelled from American politics, Trumpism will remain with us for some time to come.

As congressional Democrats ponder their options, therefore, they should carefully consider the risk of a backlash.

A failed – or even successful – impeachment could rally Trump’s base and, if it seems unfair, draw the ire of independent voters. And many of them might take their revenge in the midterm elections two years from now.