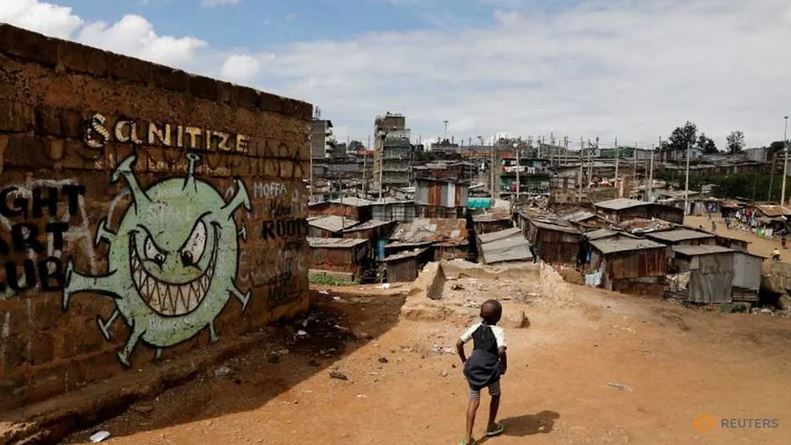 FILE PHOTO: FILE PHOTO: A boy walks in front of graffiti promoting the fight against the coronavirus disease (COVID-19) in the Mathare slums of Nairobi, Kenya, May 22, 2020. REUTERS/Baz Ratner
JOHANNESBURG - Reuters

Only a handful of African governments have launched mass vaccination campaigns, whereas some countries in wealthier parts of the world have already administered millions of doses.

Many rely on the World Health Organization's vaccine-sharing scheme COVAX, which delivered its first doses last week with a shipment to Ghana.

The World Bank said financing projects were being prepared in African countries including the Democratic Republic of Congo, Ethiopia, Niger, Mozambique, Tunisia, eSwatini, Rwanda and Senegal, without disclosing the amount of support under discussion.

"The funds are available now, and for most African countries, the financing would be on grant or highly concessional terms," a bank spokesperson said in response to questions.

Last month the World Bank approved financing of US$5 million from the International Development Association to provide Cape Verde with vaccines.

"This is the first World Bank-financed operation in Africa to support a country's COVID-19 immunisation plan and help with the purchase and distribution of vaccines," the spokesperson added.

Africa's reported coronavirus death toll recently surpassed 100,000, a fraction of the fatalities reported on other continents, but is rising fast as a second wave overwhelms hospitals.

Last week the African Union's disease control body said the continental bloc was backing calls for drugmakers to waive some intellectual property rights on vaccines to speed up their roll-out to poorer countries.