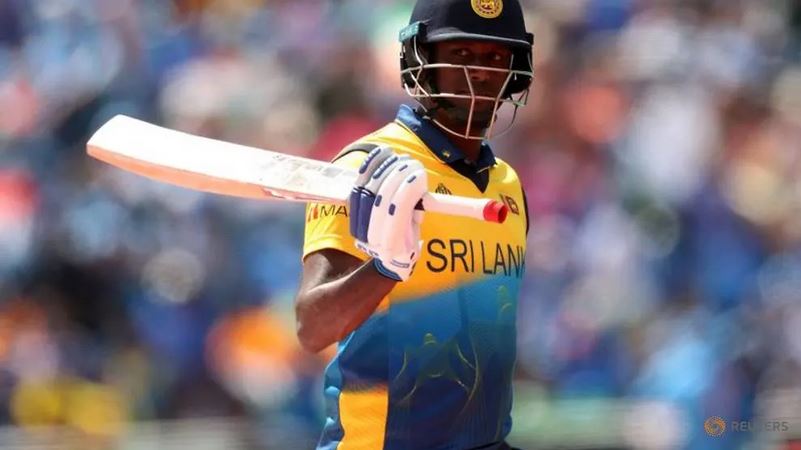 Sri Lanka's former skipper Angelo Mathews will be the cricket team's stand-in captain for the three-match Twenty20 series in West Indies after Dasun Shanaka was left stranded by a visa issue, the country's cricket board said.

Shanaka was named Sri Lanka's new Twenty20 captain last week but the 29-year-old could not board the flight that left with his team mates on Monday after failing to arrange a new transit visa to the United States.

"Mathews was appointed by the national selectors as Dasun Shanaka, who was appointed as the T20 captain for the tour of West Indies, is yet to join the team owing to a delay in obtaining a U.S. transit visa," the Sri Lanka Cricket said in a statement.

"Shanaka confronted this issue pursuant to the loss of his previous passport, which had a valid visa for the USA stamped on it.

"He is expected to join the team once the issue is resolved."

Beginning on Thursday, Sri Lanka will play three Twenty20 matches, an equal number of one-day internationals, plus two tests - all behind closed doors in Antigua.