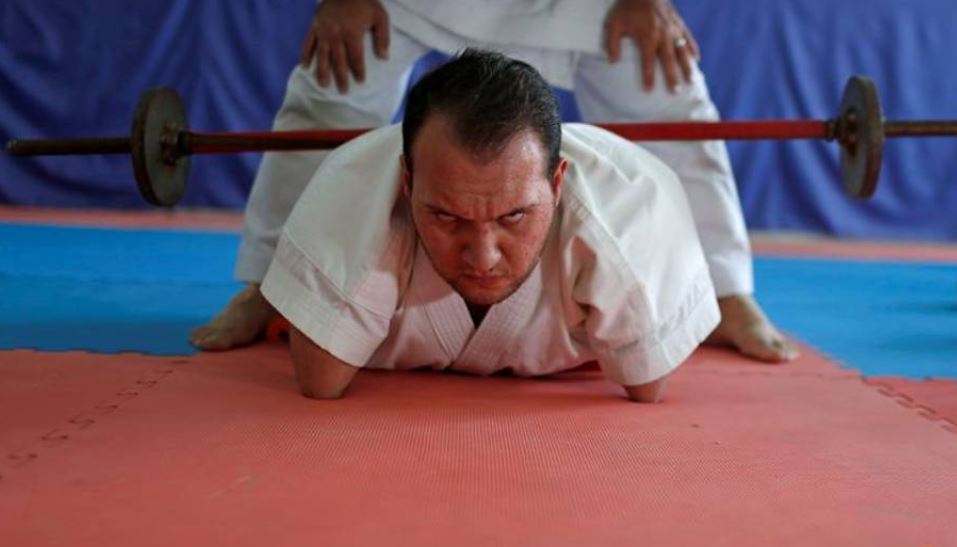 Youssef Abu Amira, a Palestinian law school graduate, never let disabilities hold him back. Born without legs and with only partially developed arms, he has taken up a new challenge: karate.

The 24-year-old orange belt showed his stick-fighting skills as he trained with his coach at Gaza's Al-Mashtal Club for Martial Arts.

"I wanted to prove to myself and the world that disability is in the mind and is not in the body and that nothing was impossible," Abu Amira said.

"I wanted to do karate so I can defend myself, and I dream of taking part in international championships."

His mastery of the stick helps him make up for his missing limbs, and he has learned how to deliver strong punches, and fend off attacks with his body and arms.

"I was surprised that Youssef has different skills and can do things better than people with fewer disabilities could do," Al-Raai said.

A resident of Gaza's Beach refugee camp, Abu Amira travels along city streets in a motorised mobility scooter. He graduated from the Islamic University of Gaza's College of Sharia and Law last year. 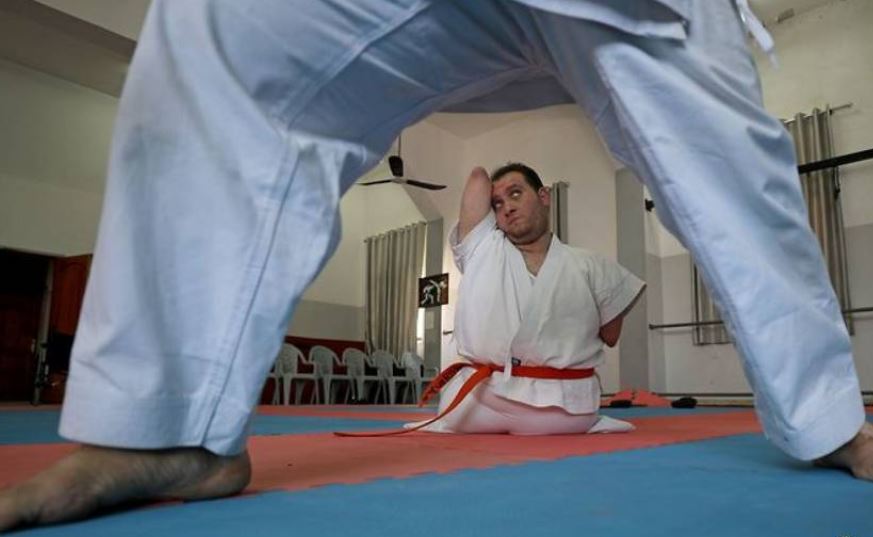 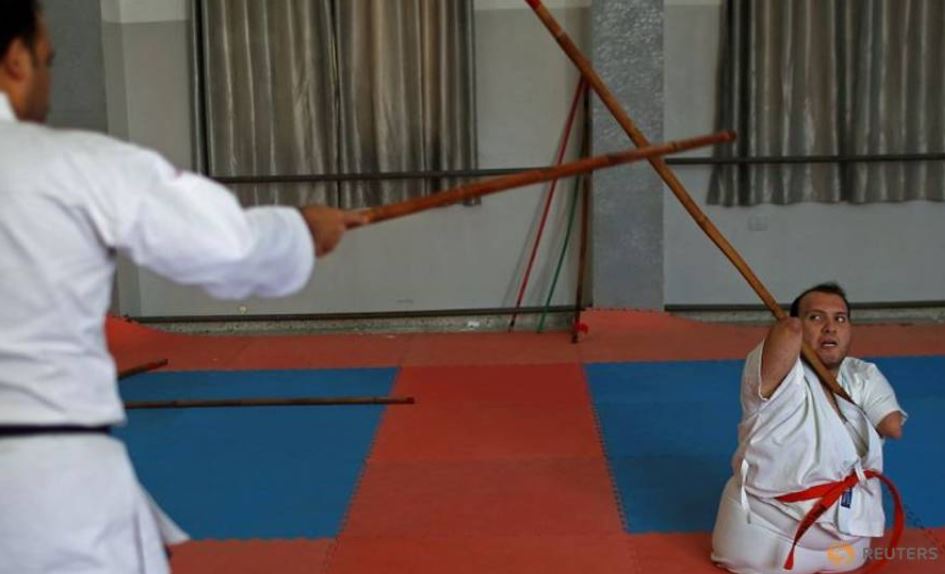