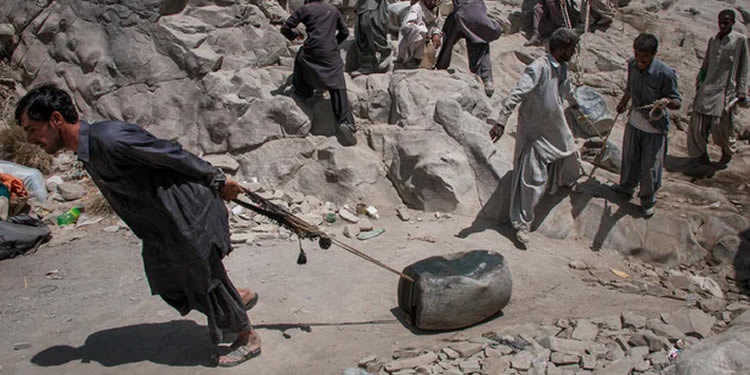 Iran: characteristics of the recent uprising in Sistan and Baluchistan

Today marks the 8th day of Sistan and Baluchestan protests that started in Saravan, southeastern Iran. The protests erupted on February 22 when the Revolutionary Guards (IRGC) opened fire and killed fuel porters in Saravan county, near the Iran-Pakistan border. IRGC forces in the Saravan border area opened fire on a group of Baluch fuel porters, killing and injuring several people.

The regime shut down or disrupted internet connections on Wednesday night to quell the Sistan and Baluchestan protests. However, sporadic clashes and other forms of protest have continued and have spread to several other cities in the province including in the provincial capital, Zahedan.

On Saturday, the youth in Dashtyari County blocked the road to Bahukalat in protest to the killing of fuel traders at the Saravan border crossing.

Under severe pressure by protests across Sistan and Baluchestan and fearing the expansion of protests to other parts of Iran, the regime was forced to restore the work permit of some fuel traders. IRGC units have evacuated some of their border outposts in fear of protests.

A citizen reported on Saturday: “We’re still facing an internet blackout. We tried to take our wounded to locations where security forces could not harm them. Since yesterday evening, we brought a few nurses and doctors from 400 kilometers away to tend to the wounded. I have not slept in two days. We just had short access to internet 30 minutes ago in Zahedan.”

Military helicopters continue to fly over many cities, including Zahedan and Ghaleh Bid. 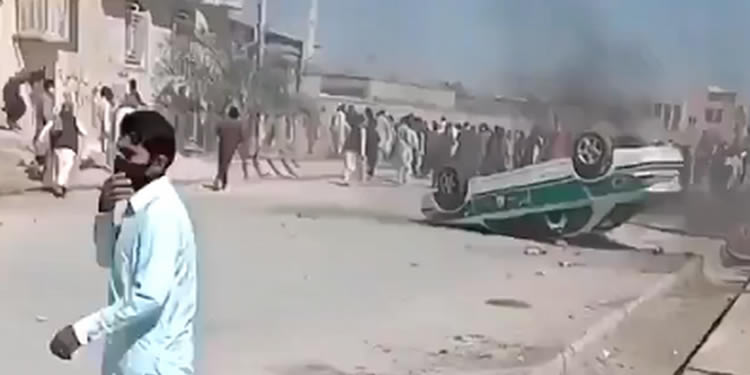 On Friday, Reporters without Borders expressed concern over the regime-imposed internet blackout across Sistan and Baluchestan “to deprive the population of independent information on the uprising that took place after several civilians were killed by the border police of Baluchistan and to better repress without witnesses.”

On Saturday, US State Department Expressed its concern over the state violence against the balouch citizens.

Military helicopters continue to fly over many cities, including Zahedan and Ghaleh Bid.

On the other hand, while trying to undermine people’s justified anger of the regime’s oppressive measures, Ahmad Ali Mohebati, Sistan and Baluchistan’s governor, warned the regime’s officials:

“We are now in an atmosphere where rationality does not prevail, but emotions and excitement prevail [i.e., people’s hatred toward the regime], we must be vigilant. If something unpleasant happens, the dry or wet, hardliner or reformist and all officials will burn together,” he said on Thursday.

The recent uprising in Sistan and Baluchistan has several characteristics:

1. These protests showed the Iranian society’s explosive state and how a spark could trigger protests.

2. Protests rapidly spread across the province.

3. The uprising received wide social support from the Iranian people, with small businesses going on strike in solidarity with the uprising.

4. The uprising also showed that despite its hollow power exhibition, the regime’s local oppressive forces are not able to control the situation. Thus, the regime has to send forces from other cities, showing the regime’s force mobilization crisis in facing a nationwide uprising.

In a nutshell, the ongoing protests in Sistan and Baluchistan foretell an inevitable uprising in Iran which will succeed to end the mullahs’ 42 years of oppression.