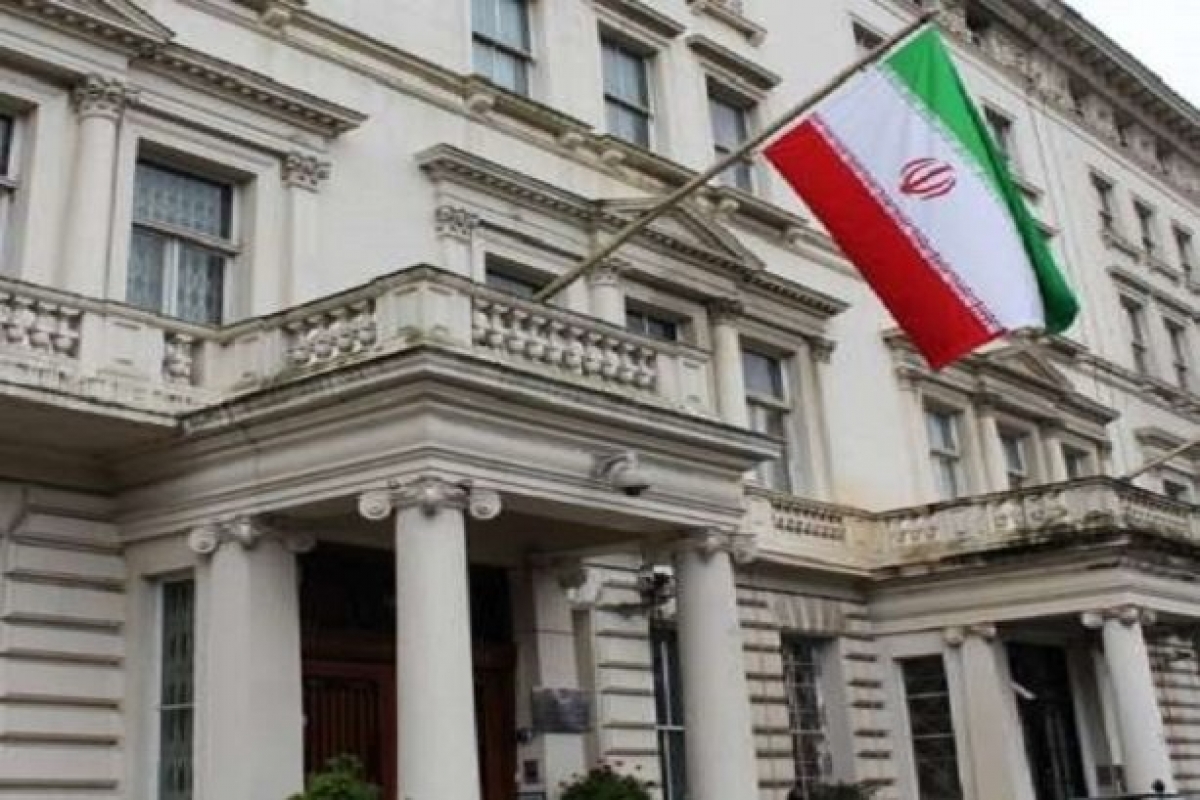 Iranian embassies at the service of state espionage and terrorism

According to a recent report by the German TV Channel One's website, the German security officials are still investigating the numerous trips of Assadollah Assadi, an arrested Iranian terrorist – diplomat. The investigation looks to clarify whether he operated as an Islamic Republic spy network in Europe. He has been arrested for a failed terrorist plot targeting Iranian opposition leader Maryam Rajavi at a sizeable Iranian opposition rally in France in 2018. The Antwerp court in Belgium convicted him to 20 years in prison.

A black notebook was found in his car containing encrypted notes that appeared to be instructions for the bombing. The second 200-page booklet, however, in green, contains receipts showing that Assadollah Asadi had distributed cash to a number of people with Iranian names. For example, one of them received 2500 Euros, another 5000 Euros, and another person confirmed a laptop's receipt. Officers speculate that these could be the salaries of people hired to spy.

The German Federal Bureau of Investigation (BKA) is investigating Assadi's activities. Among other things, they want to know whether Assadi led a large circle of people who had various duties, including news and espionage, in several European countries.

This failed terrorist plot involved the regime's entire diplomatic apparatus in a significant terrorist operation for the first time. In previous assassinations, members of the Ministry of Intelligence only used diplomatic passports, but they were not active diplomats in these countries.

For instance, an Iranian dissident was killed in Switzerland by a terror team with diplomatic passports on April 24, 1990. The judge in charge of the case later stated, "The investigations concluded that 13 people all holding the same date issued diplomatic passports marked 'on a mission' were involved in this matter." (The International Herald Tribune, November 22, 1993.) He also indicated the involvement of one or more official Iranian services in that assassination.

Many embassies in the region, such as Iraq, Syria, Lebanon, and Yemen, are effectively run by the Quds Force. According to the information received, the Iranian embassy in Turkey also plays a crucial role in the Quds Force.

According to the New York Times, American security officials were quoted on June 25, 1995, that Iranian diplomats based at the Iranian embassy in Bonn had a plan to assassinate Mrs. Maryam Rajavi at a gathering of Iranians at Dortmund, Germany, in 1998.

In December 2018, the Albanian government expelled the Iranian regime's ambassador and another embassy member. That same year, the Netherlands expelled two Iranian diplomats in connection with terrorist plots.

Reuters on Saturday, March 28, 2020, in a detailed report quoting two high-ranking Turkish officials, published new details about the assassination of Massoud Molavi Vardanjani, an Iranian citizen who was assassinated on November 14, 2019, in the "Sisli" district of Istanbul.

Massoud Molavi was a member of the "Cyber Security Department of the Ministry of Defense of the Islamic Republic of Iran" but later became an opponent of the Tehran regime, Reuters reported, citing its sources. According to this report, in August 2019, Rumi published a message about the Islamic Revolutionary Guard Corps on social media. Rumi said: "I will expose the roots of corruption and the mafia of Bassij Forces and theft of IRGC commanders .... Pray that they do not kill me before exposing it."

In the latest report on the investigation into the assassination case, Obi Shahbandar, an Iranian journalist based in Turkey, reported on his Twitter page on Sunday (February 14) that he had "obtained credible information" regarding threats made by high ranking Iranian ministers. He reported that Mohammad Javad Azari Jahromi, Iran's Minister of Communications and Technology and a former member of the Ministry of Intelligence, had directly threatened Massoud Molavi before his assassination in Istanbul, Turkey.

During the last three decades, the Iranian regime's assassinations in different countries are carried out in a proper context of inaction and appeasement with the Iranian regime. Experience has shown that Europe was not a hotbed of the regime's terrorist diplomats or the rise of Islamic fundamentalism whenever the regime was dealt with firmly.

The assassination of four Kurdish dissidents at a restaurant in Mykonos Berlin in 1997, when a court convicted the regime leaders involved in the crime, prompted all European countries to recall their ambassadors from Iran, suspending the regime's relationship with Europe for six months. As a result, the regime did not carry out terrorist acts in European countries for several years. Europe's security is achieved by ending this regime's terrorism through diplomacy.