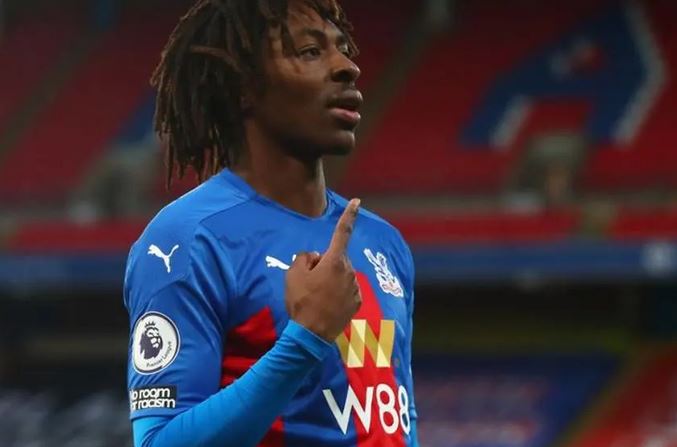 Palace say Eze went to QPR match without their knowledge

Crystal Palace said they had been unaware of Eberechi Eze's visit to former club Queens Park Rangers for their FA Cup clash with Fulham and that they will deal with "apparent lapses" after photos emerged of the winger at the stadium without a mask.

Eze was pictured sitting in the directors' box at the Kiyan Prince Foundation Stadium while not wearing a mask and British media have reported the FA will investigate his visit.

"QPR have acknowledged they made a mistake in hosting Eberechi Eze in the directors' box ... without our knowledge," Palace said in a statement https://www.cpfc.co.uk/news/2021/january/crystal-palace-statement-on-eberechi-eze on their website.

"Whilst we recognise Eberechi's desire to support his former team mates, he accepts it was an error of judgment to attend the match.

"We were also concerned to see pictures of Eberechi not wearing a mask at certain moments and are speaking to him about these apparent lapses, which will be dealt with internally."

It is not the first time a Palace player has landed in trouble for breaching COVID-19 protocols. Captain Luka Milivojevic apologised for breaching guidelines after attending a party on New Year's Eve.

The Premier League recorded 36 new COVID-19 cases last week amid growing pressure from managers to temporarily halt the season in which five top-flight matches have been postponed since December.

Since the new Premier League season kicked off, 207 players and staff have tested positive for the novel coronavirus in 21 rounds of testing.

The government has allowed elite sport to continue despite the country being placed into strict lockdown amid a surge in COVID-19 cases. More than 81,960 people have died in the UK due to the virus.