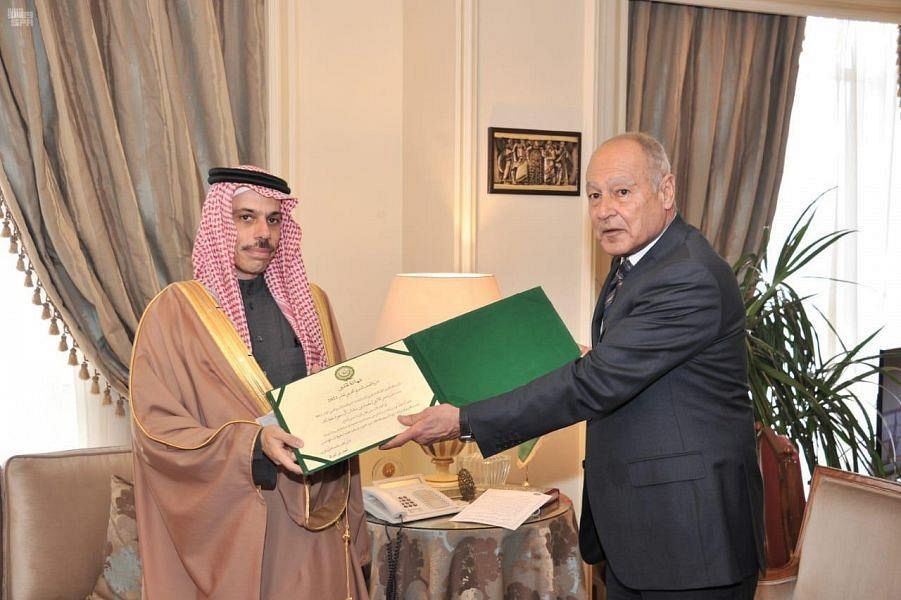 The Arab League granted the shield to HRH Crown Prince in recognition of his role in promoting the comprehensive development approach in the Kingdom of Saudi Arabia and the Arab world and his efforts that support and strengthen the joint Arab action in all fields, in order to service the security, stability, development and prosperity of the region.

The Secretary General said during the reception "It is a pleasure and an honor for me to present today the certificate of the Arab Development Action Shield as a certificate of appreciation to His Royal Highness Prince Mohammed bin Salman bin Abdulaziz Al Saud, Crown Prince, Deputy Prime Minister and Minister of Defense, for his efforts, performance and what he does to serve the Kingdom of Saudi Arabia.

The handover ceremony was attended by the Undersecretary of the Ministry of Foreign Affairs for Multilateral International Affairs, Ambassador Abdulrahman Al-Rassi, and Saudi Ambassador to Egypt and Saudi Arabia’s Permanent Representative to the Arab League Osama bin Ahmed Nuqali. 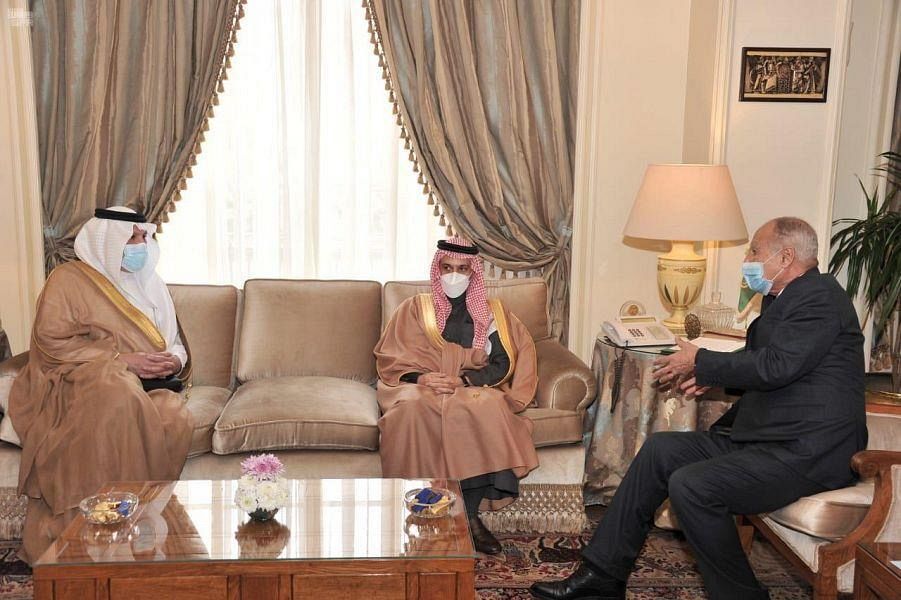 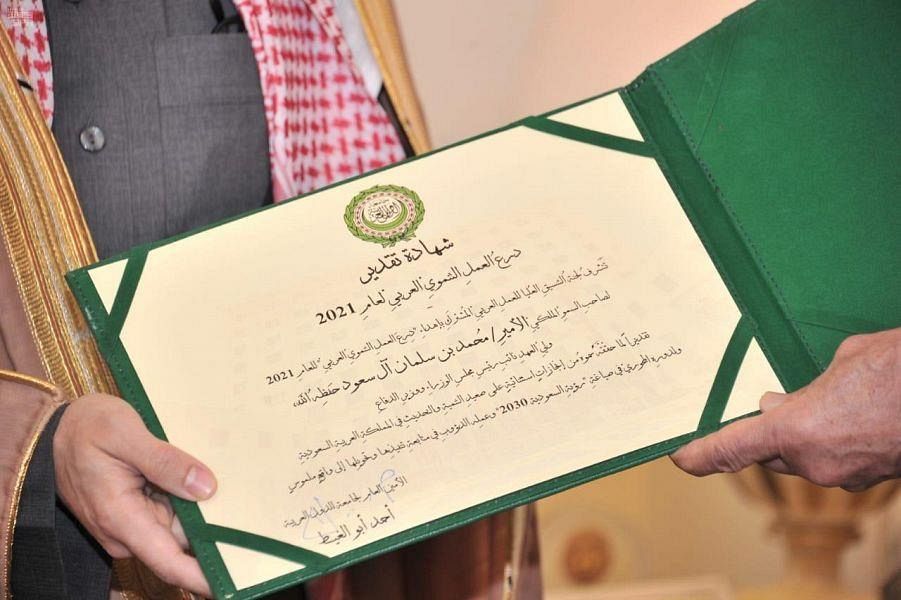