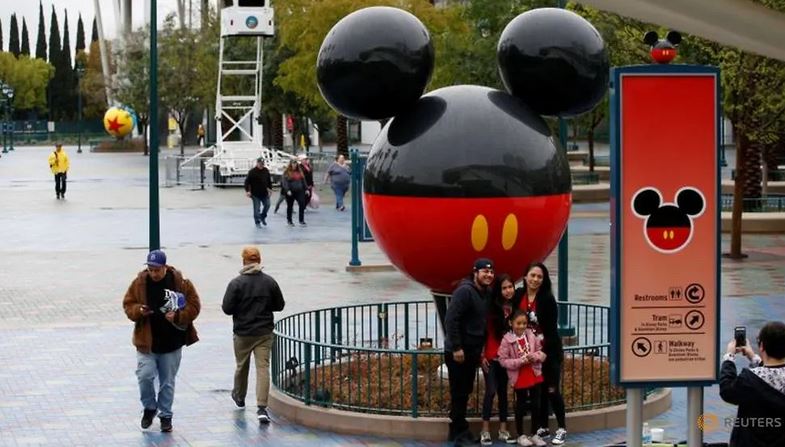 A family poses for a photo at Disneyland theme park in Anaheim, California, on Mar 13, 2020. (Photo: Reuters/Mario Anzuoni)
ANAHEIM - Reuters

Disneyland will be the first Super Point-of-Dispensing (POD) site in the county and become operational later this week, the district officials said in a statement.

"The Disneyland Resort, the largest employer in the heart of Orange County, has stepped up to host the county's first Super POD site - undertaking a monumental task in our vaccination distribution process," said acting chairman Andrew Do, Orange County Supervisor, representing the First District.

The county will announce additional Super POD sites as agreements are finalised.

"Disneyland Resort is proud to help support Orange County and the City of Anaheim with the use of our property, and we are grateful for all of their efforts to combat COVID-19," Pamela Hymel, chief medical officer of Disney Parks, said in an emailed statement.