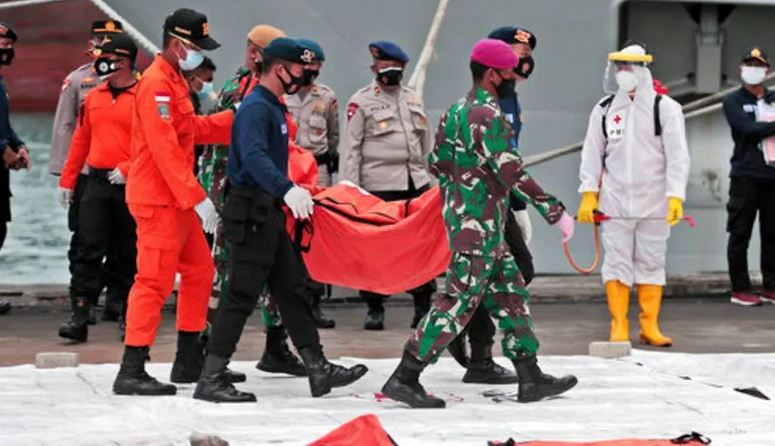 Indonesia's military chief Hadi Tjahjanto said on Tuesday (Jan 12) he was highly confident that the cockpit voice recorder from a Sriwijaya Air plane that crashed into the Java Sea could be found soon, following the retrieval of the flight data recorder.

He was speaking at a joint news conference where Transport Minister Budi Karya Sumadi confirmed the data recorder had been found on Tuesday, three days after the plane crashed.

More than 3,600 rescue personnel, 13 helicopters, 54 large ships and 20 small boats are searching the area just north of Jakarta where Flight 182 crashed and have found parts of the plane and human remains in the water at a depth of 23m.

So far, the searchers have sent 74 body bags containing human remains to police identification experts who on Monday said they had identified their first victim, 29-year-old flight attendant Okky Bisma.

His wife, Aldha Refa, who is also a flight attendant for Sriwijaya Air, shared her grief in a series of posts on social media.

“My husband is a loving, devout and super kind man,” she wrote on Instagram. “Heaven is your place, dear ... be peaceful there.”

Anguished family members have been providing samples for DNA tests and police say results are expected in four to eight days.